Disclaimer: I received an advanced reading copy of this book from the Harper Voyager Australia in exchange for an honest review.

From its very first lines, Red Sister had me hooked and wholly invested. It promised warrior nuns, political and religious intrigue, along with a cast filled to the brim with complex ladies. Red Sister delivered on all counts. I especially loved its exploration on relationships between females, from friendship, to mentorship, to rivalry. 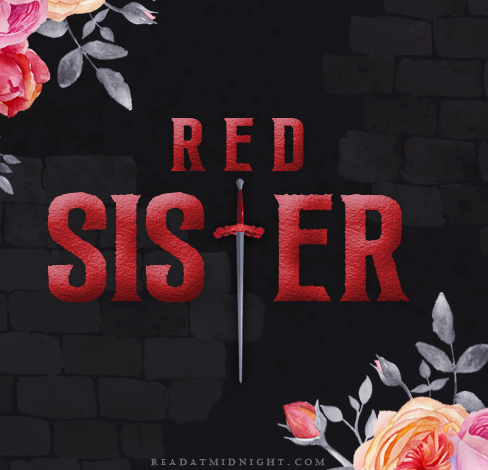 It is important, when killing a nun, to ensure that you bring an army of sufficient size. For Sister Thorn of the Sweet Mercy Convent, Lano Tacsis brought two hundred men.

The first lines of Red Sister are some of the most captivating I’ve read in several years, and it sets the tone for the entire book. Mark Lawrence’s writing style is meticulous and vivid, his sentences pulse with life and intrigue. In particular, I love the way he writes action scenes – I’ve admitted several times in the past that I am not a particularly visual reader when it comes to fight scenes, but Lawrence’s writing are cinematic even to someone like myself.

Red Sister contains a whole new world, separate from the universe established in Lawrence’s previous two trilogies: The Broken Empire and The Red Queen’s War. We’re thrown into a land by the name of Abeth, populated by descendants from four mythical tribes: the speedy hunska, the solid gerants, the mystical quantal, and the magic-wielding marjals. Children from these bloodline are highly prized as apprentices in the land’s various institutions, be it convents or academies. Nona is one such child – by the time we meet Nona, she’s ready to be hanged for using her power to subdue a nobleman’s son. Through the intervention of the abbess of Sweet Mercy Convent, Nona is allowed to take up the habit – trading death for a future in combat-training and espionage.

Although Nona is only eight years old at the start of the novel, and does not age very much during the course of the novel – her narrative is filled Lawrence’s characteristic bloodshed and darkness. It is still less confronting than his first trilogy, so I think Red Sister is the perfect place to start for those unfamiliar with his work. I also say this because I immediately found myself liking and rooting for Nona, along with her relationships with the women and girls of the convent.

Harry Potter has primed me to appreciate magical schools in all its form – so it’s little wonder that I fell in love with the Sweet Mercy Convent, the setting for most of this novel. It contains all of the following:

The Sweet Mercy Convent populated by teachers and students with all manners of characteristic and temperament. I enjoyed watching their interactions with Nona and how it gradually shifted over the years. The relationships I am most invested in are the friendship between Nona and Ara, along with Nona’s complicated relationship with the abbess.

Pacing wise, I felt Red Sister is very much the set-up book – we spent a lot of time establishing characters and the lores of Abeth. This resulted in some sections of the boo to feel a little slow, especially in its second quarter. However, once Nona graduated to Gray Class, I simply could not put the novel down. There are new stakes, an elusive prophecy (still one of my favourite fantasy tropes, especially when it’s being subverted, I can’t help it), and new characters abound. I can’t wait to see where the sequel takes us.

Have you read this or any of Mark Lawrence’s other works? What did you think?