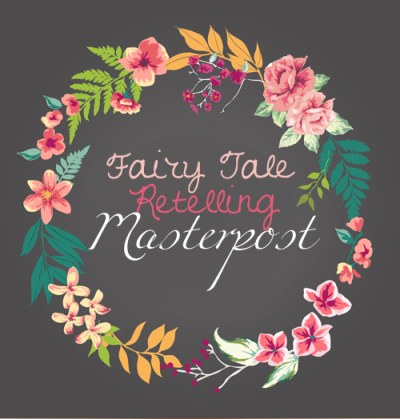 I’ve always been a great fan of fairy tales, whether it be in told through books or Disney movies or comics.  These stories have always been ubiquitous, inspiring generations of writers time and again.  I love a well-done retelling as it refreshes the classic theme to capture a modern audience. However, 2015 is particularly swept up with this fairy tale retelling charm, I can barely keep track of my to-be-read/to-be-watched list.  Below is a list of all the books I have read or hope to read, sorted by tales for your perusal!  I hope someone else also finds this helpful.

Note:  I was inspired to make this post after reading Mishma’s post on book trends on Chasing Faerytales.  I thought that fairy tales, like other trends, aren’t just a passing phase.  They’ve always been around, but it’s our luck that they’re extra prolific on this year’s catalogue of books!

EDIT:  This turned out a longer post than I anticipated, so I will use my authority as blogmistress to declare this Part One of Many.  Featured today are the tales of Snow White, Beauty and the Beast, Red Riding Hood and The Little Mermaid.

I’ve always been a little bit creeped out by the tale of Snow White.  I blame this primarily on the dwarves in the Disney version.  It’s also due to the idea of a prince falling in love with a corpse he sees in the forest.  The way the evil queen hounds her in the original version was also dark and twisted – what with poisoned comb and suffocating ribbons.

Beauty and the Beast

Beauty and the Beast is always one of my favourites, despite the undertones of Stockholm Syndrome intrinsic to all versions of the tale.  I guess it’s because it somewhat precludes instalove, it’s always nice to see people having to work through the initial physical turn-offs and fall in love.

Cuddlebuggery’s Kat Kennedy already did a much more thorough spotlight on the different versions of Beauty and the Beast.

I love the Disney version of The Little Mermaid and all of its catchy songs, but it’s the original tale that gets me right in the feels.  More than anything, it’s a story of losing your identity for love and the terrible consequences of this obsession. Similarly, most of the retellings centre around these girls and their longing for love.

Initiallu an innocuous tale telling kids not to trust strangers, Red Riding Hood is now one of the best vehicle for feminist retellings about girls who save themselves from Big Bad Wolves.

I seriously thought this was going to be a short post lmao… I underestimated how much fairy tale retellings already exist.  Second part featuring Sleeping Beauty, Cinderella, The Twelve Dancing Princesses etc. to come!