Disclaimer: I received a copy of this book from the publisher in exchange for an honest review.

The Waking Land offset the wonders of magic with human imperfections through the journey of the book’s complicated heroine, Elanna Valtai. Raised by a king who branded her father a traitor to the realm, Elanna grew up believing that her people are ignorant and unworthy. The Waking Land has a lot of potential, but falters at times with its portrayal of Elanna’s characterisation, and with maintaining a consistent pacing. For me, the book ended up being a compelling but unmemorable read. 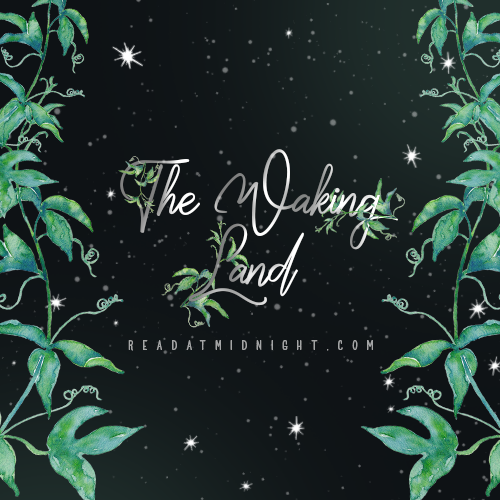 One of the largest underlying conflict in The Waking Land is the oppression of the Caerisians by the new ruling class. I am always cautious when I see fantasy races used as a tool to commentate on racism, as when not done in a respectful manner, it can be quite hurtful to marginalised readers. However, The Waking Land takes care to constantly challenge Elanna’s thoughts and the institutionalised racism around her – the text constantly questions the prejudices that drives royalty and noblewomen of Laon to jeer at Elanna’s skin colour and Caerisian parentage.

Elanna will be a controversial heroine, as she takes time to reconcile with her own internalised bigotry and self-doubt. Her character arc was a fascinating study in Stockholm Syndrome, and her naivete is at once frustrating and compelling. In order to cope with growing up under the guidance of her father’s enemy, Elanna has concocted a narrative where she is set apart from other Caerisians. She constantly hides the marks of her true heritage: her earth magic with its potential power to awaken the land. It’s an interesting take on the old trope, ‘blood always tell’. In this case, Elanna’s blood literal manifest itself as power – however, to wield that power she has to confront her identity and become a deserving leader for her people.

There are times when I thought that Elanna’s character development stagnated or felt repetitive, as there are countless number of scenes where Elanna is shown her prejudices in one paragraph – yet reverts back to her previous behaviours within the next. While this may have been done intentionally to portray the extent of her trauma, it weighed down the pacing of the book. A lot of the book’s narration was also focused on telling us about Elanna’s emotions and reactions, rather than showing them to us. I found it difficult to engage with the writing style of the novel, as I felt it always held the readers at arm’s length.

Aside from Elanna, the other characters in this book were underdeveloped. We meet two potential love interests near the beginning of the novel, and it took me several chapters to even tell them apart. Aside from their names, they were largely void of distinctive characteristics.  I also had high hopes for the relationships between Elanna and her estranged parents, it had potential to be character development gold – however, I felt its potential was squandered by their lack of screen time.

I also enjoyed the magic contained within The Waking Land, and did not mind that it was not fully explained. The magic is inherent within the land, it’s alive within stones and plants and rocks – waiting to be called upon by those who have an affinity to it. In a tale about the reclaiming of the land, it was powerful to see how the earth itself played a major role in the revolution.

While I have mixed feelings about The Waking Land, I think the book contains a fine example of an unlikable protagonist. We don’t often see heroines allowed to make so many mistakes and learn from them, so I found Elanna’s character very fascinating. I would recommend the book to anyone who like reading about complex and flawed characters.