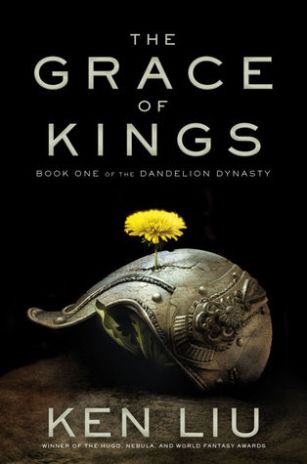 Title: The Grace of Kings

In a genre inundated with tall-tales of reluctant white heroes fulfilling their Destiny, Ken Liu’s voice unabashedly stands apart. He is a constant innovator, whether it’s with his short fiction, full length novel, or translated work. At the same time, he also showcase the roots of his identity via the incorporation of Chinese history and mythology in all his writing. The Grace of Kings embodies Ken Liu’s style completely, fusing his unique voice with an ambitious saga about war, governance, and people who defy destiny. 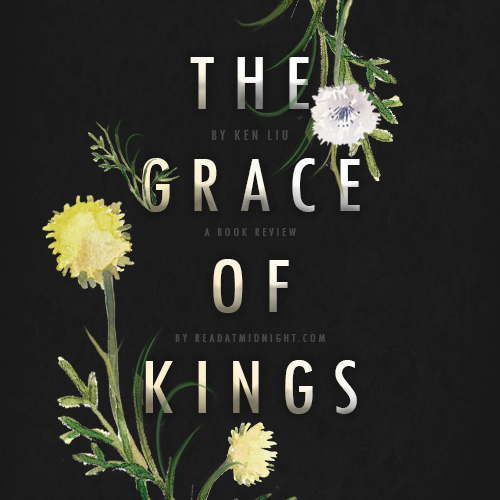 The Grace of Kings is told via a series of interconnected chapters, each giving the reader an insight to the many characters that populate this vast world. The character featured may only fleet in and out of the narrative, or reappear numerous times to emerge as a central figure to the tale – but each of their story felt crucial to the overarching epic.Ken Liu’s mastery over short fiction is evident by his previous works such as The Paper Menagerie, and I loved seeing these skills applied on a grander scale to create the rich tapestry of The Dandelion Dynasty. Although each chapters felt episodic, there was a constant sense of momentum and urgency throughout the text, making this a constantly engaging read despite its hefty length.

As the book was inspired by the rise of the Han Dynasty, the story felt simultaneously familiar and fresh to me. Emperior Mapidere is inspired by the ambitious and severe Qin Shi Huang. The relationship between Kuni Garu and Mata Zyndu echoes the oft-told story between Liu Bang and Xiang Yu. It was similarly filled with heroics, intrigue, friendship, and acts of betrayal. Although I had some ideas about where the story was headed, I was also constantly surprised by the twists and turns that Ken Liu applied to this house hold story. The text expounded on the ideaological dispute in governance and war between these two men, and consequentially the philosophy that separated these warring states. These numerous political theories added another dimension to an already impressively built world. Aside from the Chinese influences, the book also incorporates elements from numerous other cultures to synthesise a completely unique universe.

Speaking of world building, while I was swept away by the sheer scope of The Grace of Kings, I felt it was hard for me to visualise the world. The author himself describes the book as silkpunk, incorporating technology into a more historical East Asian inspired setting. Although care was taken to describe the various inventions of this world, they never seemed real or feasible to me. However, I am aware that the book’s technology consciously toed the line between scientific innovation and magic. The inclusion of the pantheon of gods in the story also felt disjointed from the rest of the text – especially as their endeavours to sculpt the fortune of men were rarely fruitful.

Another issue I had with The Grace of Kings was the length of time it took before women had any position of note in the story. For more than two-thirds of the novel, the only female characters we encountered were i) Jia, who played a supporting role to her husband’s grand ambitions, and ii) the amazing Princess Kikomi, a Diaochian I could finally understand and root for, who had far too little page time.

The ladies do make a grand stand as the book draws to its conclusion, and they play a crucial role in the decisive battle for the kingdom. I have no doubt that as the series go on, more female figure will rise into prominence within the storyline. However, this still does not detract from the 500+ pages of unrelenting  masculine heroics, where the triumph of women came as a surprise to all. I understand that Ken Liu might have been trying to deconstruct fantasy tropes with his late introduction of pivotal female characters, but I felt he missed the mark. Even wuxia films nowadays have a better representation of female characters, to see a progressive fantasy writer drop the ball in this aspect is disappointing. I am glad to report that I am now reading the sequel to the novel, The Wall of Storms, and the female characters play a pivotal role in the series from here on,

Despite my issues with The Grace of Kings, I still found it an engaging read – with themes and inspirations that felt intimate and familiar. If you’re looking for a unique fantasy, filled with non-Western influences, you should dash to the bookstore and grab this one immediately.

10 thoughts on “Book Review: The Grace of Kings”