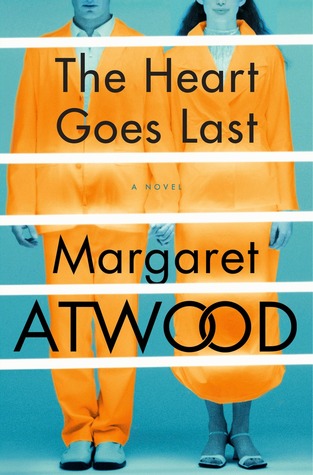 Note: I received this book from Allen & Unwin in exchange for an honest review.

It’s been a really long time since my last Margaret Atwood book (The Handmaid’s Tale) – this one is completely different from my previous experience. In fact, the book is so wacky, high on both sex and depraved characters, my poor gray brain could barely compute it. But here goes my attempt at a review.

That didn’t last though. The happiness. The safeness. The now.

The book follows Charmaine and Stan, who inhabits a near-future where social order has collapsed due to some sort of economic crisis. Like many others, Stan is left jobless – while Charmaine’s gig as a waitress is barely covering their coffee bills, let alone rent. When we meet them, the married couple has been living in their cars for months, in constant fear of vandals and rapists and thugs and worse. Needless to say, when they are recruited by Consilience to become test subjects for an outlandish social experiment, the two jump at the chance to sleep in a real bed once more. All they have to do in exchange for their new life is to live in prison every alternate month.

I went into this book expecting a linear plot, which goes a long way to explain my bewilderment as events unfolded. Charmaine and Stan share their suburban paradise with an unseen Alternate couple, who they both become sexually obsessed with in time. Charmaine puts on a front as the nice, sunny girl next door – but her infidelity brings out a darker side of her psyche. Similarly, Stan’s own reality is rocked when he finds out about his wife’s misdeeds and the truths about his own desires.

He knows what they’re making at Possibilibots. Replica women; slut machines, some call them… Maybe all women should be robots, he thinks with a tinge of acid: the flesh and blood ones are out of control.

The story then quickly dissolves into a mess of sex(ual violence) and capitalism, with a dash of social commentary bubbling in there somewhere, in amongst all of the ridiculousness. We see sex in every form: between humans, with chickens, with blue teddy bears, with sexbots (modeled to look like Elvis and Marilyn, along with the realistic and sickening kiddybot line), there’s  even sexual slavery via lobotomy. I don’t really get the point to all of the campiness. Was it to highlight the depravity of human nature? Or was it an attempt at dark comedy that fell flat on its face? I thought the book was going to explore the concept of free will and freedom, but I think the message really got lost in amongst all of the humour.

“Remember what your life used to be like? Before the dependable world we used to know was disrupted?

I felt the plot derailed from the original blurb by a couple of hundred miles – by half way through the novel, Consilience and the Positron society hardly seemed to matter. There are so many intriguing ideas that were left unexplored, making the book feel incomplete. We never get to see the point to the social experiment, we never see what eventuated of the euthanasia program that Charmaine helped instrumented, we never even get to see the rest of the world Atwood constructed.

He hadn’t recognised it when they’d been living together – he’d underestimated her shadow side, which was mistake number one, because everyone has a shadow side, even fluffpots like her.

It also didn’t help that I could not sympathise or understand any of the characters in this book. As I warned Jenna before she started Heart Goes Last, we have a cast composed of 100% dirtbags. Watching them struggle with their half baked moral dilemmas was bloody painful. This book actually reminds me why I love young adult fiction so much, many of the humans in adult books are painted as such unrepentant assholes for the sake of ‘realism’. My world view is not that bleak, sure I might be idealistic, but that’s why I am so at odd with the world and the people that inhabited Heart Goes Last.

I really wanted to love this book, so this review was very difficult for me to write. I think if you were looking for a unique dystopia and can handle a much darker spin, you might end up enjoying this one. However, the book derailed too much from its initial promise for me to engage in it.