The review format is going to be a bit different for this post.  I’m experimenting on what to do when I feel so conflicted about a book.

I read Red Rising by Pierce Brown earlier on in the week and it’s pretty much consumed my brain.  As we speak, I still have 50% of Golden Son left to devour, but I am a tiny bit hesitant to finish it off, as it’s a cruel 5 months wait until Morning Sun comes out!

Anyway, I can’t give a rating for this book, my heart says ALL OF THE STARS but my brain says 3.  I am aware there are some issues with the series, issues that makes my book-loyalty divided when I think of them, I’ll include my thoughts on those at the bottom of the post. But first I just want to tell you 5 reasons why you need to read it ASAP! 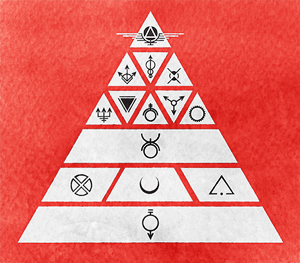 “Men are not created equal; we all know this. There are averages. There are outliers. There are the ugly. There are the beautiful. This would not be if we were all equal. A Red can no more command a starship than a Green can serve as a doctor!”

We have a mix of scifi and dystopia here:  Space, a government that spans the solar system, castes.  Yes, I know, caste system isn’t a novel idea – people at the top will always try to make deify themselves. The one in Red Rising at least makes sense: it works seamlessly in the Gold’s favour.  One of the key to a great leadership is to delegate all of the shitty tasks and to make your underlings believe they are working towards a better world:  their toils are all for Society, for mankind.  Whether it’s the Blues who are genetically modified to control spaceships, to the Pinks who are specifically designed to grant sexual pleasure: everyone believes that their purpose is to serve: a cog in the wheel.  It’s the perfect lie, the slaves do not realise they are enslaved, and the foundation of this lie is built on the unwitting sacrifice of the Reds.  The Reds, a caste of miners who still believes after almost a millenia that they are the pioneers: the first ones on Mars.  They have faith that by doing dangerous work, they’re paving the way for a new generation – little do they know that they have no future.

I love Pierce Brown’s proses, they’re minimalistic: composed mostly of short sentences, but they’re also poetic.  I know some people had issues with the writing, but I felt they never veered into the try-hard or purple prose category.  Here’s a few lovely examples.

My people sing, we dance, we love. This is our strength. But we also dig. And then we die. Seldom do we get to choose why.

I look at him for a moment. Words are a weapon stronger than he knows. And songs are even greater. The words wake the mind. The melody wakes the heart. I come from a people of song and dance. I don’t need him to tell me the power of words. But I smile nonetheless.

“Life is the most effective school ever created. Once upon a time they made children bow their heads and read books. It would take ages to get anything across.” He taps his head. “But we have widgets and datapads now, and we Golds have the lower Colors to do our research. We need not study chemistry or physics. We have computers and others to do that. What we must study is humanity. In order to rule, ours must be the study of political, psychological, and behavioral science – how desperate human beings react to one another, how packs form, how armies function, how things fall apart and why. You could learn this nowhere else but here.”

Shit hits the fan super quick in this book, there’s very little twiddling of thumbs and plot stagnation. I loved that Darrow was thrown into the fray immediately.  We have our first body count at chapter 2 (?), and it does not stop there.  People die left and right, even the ones you love (LOVELY EO! Why are you not alive and being awesome?!  Why are you dead and a symbol of a man’s dream instead?!).  Darrow’s life is endangered numerous times, and he often does not get off easy.  I can think of at least 2-3 instances where I was fretting about how he’ll possibly get out of this mess!

My favourite parts of the action takes place in the Hunger Game-esque trials the Golds get plopped into.  Instead of individual fights, it’s all out simulated warfare.  There’s war tactics, sieges, mutiny, betrayals, and a sense of danger throughout this section that I LOVED!  What I love even more than the action scenes are how the students play off one another psychologically: the questions of how to gain and maintain a leadership – the things they do to inspire fear or loyalty amongst fellow students are very intriguing.

“Tactus claps his hands together in laughter and draws Sevro in for an obnoxious hug. They are two very peculiar people. But I suppose snuggling in horse corpses gives a bond—makes twins of a morbid sort.”

I thought it was essential that the side characters are developed to this story, an enemy who’s definitively evil is too boring! But an enemy who you have unwittingly befriended and called a brother-in-arms? That will make one hell of a conflict in later books.  Instead of making Darrow insta-hate all Golds he encounter, Pierce Brown allowed him to befriend them: shining Cassius, kind Roque, loyal wolfish Sevro, etc… I loved their friendship, but I also feared the day that Darrow will have to face them as a Red.  I am a sucker for well-portrayed fictional friendship, this aspect of the books got me right in the feels!

Man cannot be freed by the same injustice that enslaved it.

Why do I love books with rebellions? I can always get behind the underdog making mince meat out of his supposed superior.  The game Darrow played at the Institute is a microcosm of the bigger world and the bigger fight he has to face.  Eo told him he could inspire people, so Darrow took his first steps as a leader in this book. He struggled with that power initially, but I love that he did not lose his way and managed to understand what freedom is worth through playing the game with the Golds.  I mentioned how I admire the Gold’s structured society with the first paragraph in this list – but with the last paragraph, I liked Darrow’s solution for the society even more!  I can’t wait to see how he applies his lesson to a grander scale in later books.

Now I must be rain on my own party and mention some of the things I had issues with in this book.  Don’t get me wrong, I LOVED it, but here are some things that still bugs me, and I feel like I can’t make peace with the book until it’s said:

So basically, I loved it, it was a book after my own heart despite the issues mentioned.  I would love to hear what you thought of it, especially as people seem to either love it or hate it on Goodreads!