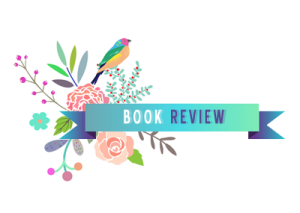 Uprooted is a modern take on a classic coming-of-age fantasy, the tone reminds me of all of my old favourites: Juliet Marillier, Robin McKinley, Diana Wynne Jones.  It also reminds me of Naomi Novik’s previous series: the wildly entertaining Temeraire.  This time, the dragon in the story isn’t the adorably blunt Chinese Celestial Temeraire, but a (mostly!) human man.  The focus of the tale is on Agniezka (henceforth referred to as Nieshka, I can’t spell her name, ok), her friendship with Kasia, her tumultuous relationship with Dragon and magic, and her struggle with the Wood.

Our Dragon doesn’t eat the girls he takes, no matter what stories they tell outside our valley… They talk as though we were doing human sacrifices, and he were a real dragon.  Of course, that’s not true: he may be a wizard and immortal, but he’s still a man, and our fathers would band together and kill him if he wanted to eat one of us every ten years.  He protects us against the Wood, and we’re grateful, but not that grateful.

Oh, this book has one of the best opening paragraph ever, I knew I had to own it as soon as I read the free sample on Barnes & Noble.  Go on, click the link, go buy it, I’ll still be here waiting.  Anyway, the Dragon takes these girls, then return them with a handsome fortune ten years later.  The girls never choose to linger in the village, they set abroad almost immediately.  Nieshka was born a Dragon-girl, but everyone knew that the Dragon will undoubtedly choose her best friend: bright, beautiful, brave Kasia.  However, expectactions are quickly turned on its head when the Dragon whisks Nieshka to his tower instead.

“What an unequaled gift for disaster you have.”

Nieshka is a delightful narrator!  She’s always practical, largely sensible, but she’s always 2 seconds away from an accident.  I liked how her brand of intuitive magic and intelligence was contrasted with the Dragon’s more methodical methods.  He’s all perfectionist and methodical, while she uses her gut instinct to work magic that gradually become as formidable.  I also enjoyed that the magic did not come to her effortlessly, she had talent but the book set clear limitations on her abilities.  Most of all, I love her large heart: her love for Kasia, Dragon, her parents, her village, even her mercy at the end of the book.

“And I wasn’t old enough to be wise, so I loved her more, not less, because I knew she would be taken from me soon.”

The central relationship in this book isn’t the romance, but the friendship between Kasia and Nieshka.  They’ve been inseparable from birth, with Nieshka loving Kasia unreservedly despite knowing they will be separated one day.  When their positions are reversed, Naomi Novik perfectly captures the the pettier side of friendship: how one can’t help but compare and envy even your best friend’s position.  Ultimately though, the two girls love one another, and Nieshka would move mountains and go through hell to save Kasia.  I also liked that Kasia was also strong in her own rights and had her own plot development, she was not merely a prop to play damsel-in-distress.

“Magic was singing in me, through me; I felt the murmur of his power singing back that same song.”

Romance was definitely an element in this book, but it’s a mere side plot.  When it was present though, it was my favourite kind of swoon: slow but steady burn.  The book was unexpectedly… sexy? I was very glad for it, but for a book with a MG looking cover, I did a double take during the first of those steamier scenes.  Though they did not get much page time together, Nieshka and the Dragon had chemistry and a strong thread of connection through the power of magic.

“If someone we loved was taken by the walkers, the only thing we knew to hope for them was death, and it could only be a hope.”

The Wood is Uprooted’s version the big bad akin to The One Ring, it corrupts those you love, it spreads like a cancer throughout the land, it physically binds you to it.  I thought its portrayal was great, I could really feel the raw fear and dread that filled anyone who came into contact with the Wood.  However, while the Wood was a creepy and menacing presence looming over our protagonist, I had a quibble about how quickly the last arc was dispensed with.  The pacing during the confrontation with the Wood really threw me off, as the book was previously just meandering along.

Overall, I adored the book and would recommend it to anyone who wanted a great fantasy to sink their teeth into.